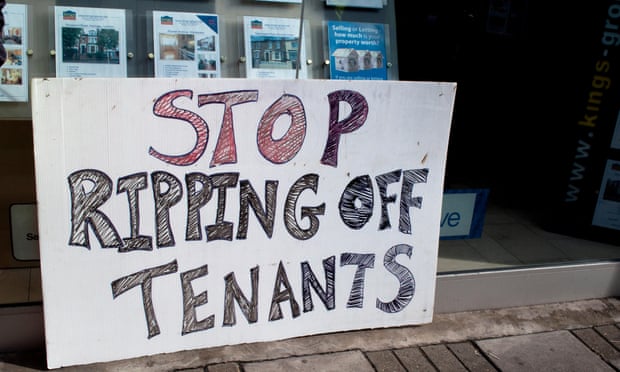 Most tenancy fees were banned from June 2019. If you’re unsure on which tenancy fees can still be charged for and which cannot, the below article will for sure help.

The tenancy fees ban covers all types of tenancies. Private tenancies, including assured shorthold tenancies, student housing and lodger agreements are all part of the ban.

In addition, the tenancy fee ban covers both fees charged to tenants and their guarantors, if applicable.

Tenancy Fees That Are Still Acceptable

It’s important to know that it’s not a blanket ban on all tenancy fees. There are still fees that a landlord has the right to charge tenants (if the tenancy agreement stipulates).

If you’re 14 days late, you can still be charged a late payment fee.

Of course, this must be stipulated in your tenancy agreement.

Landlords can’t just make up late durations and the consequences.

Tenants should also be aware that they can’t be charged more than 3% APR above the Bank of England base rate.

If a tenant loses their keys or fob, landlords can charge a fee for a replacement.

The charges must be reasonable. So if a tenant is being charged £100 to replace a set of keys, the door’s open for a complaint (excuse the pun)!

If there is a fixed term tenancy in place and a tenant decides to end their tenancy early, an exit fee can still be applied.

This is to cover losses incurred by the landlord and similar to replacement keys, the charges must be ‘reasonable’.

There are of course exemptions. If a tenant is vacating a property due to breaches in the property up keep, there is the argument to be made for the exit fee to be scrapped.

If the tenancy agreement includes a notice period, then if this notice is given, the tenancy fees may not apply.

Changing or assigning your tenancy

For administration activities related to updating or changing tenancy agreements (because of the tenant), the landlord can charge £50.

This will include scenarios such as the tenant wanting a name change on the agreement etc.

If however there are wider changes that the landlord feels will exceed £50, as long as a landlord can provide proof, larger fees can be issued

Under the new rules, a tenant can be charged for renewing a tenancy, if a fixed term tenancy signed before 1 June 2019 stipulates so.

Outside of this window, tenants can no longer be charged for renewing an agreement.

The tenancy fee bans covers categories such as references, administration (outside of changes requested by the tenant), credit checks and immigration assessments.

Included are also the more frivolous type of tenancy fees;

There are a number of costs not considered tenancy fees, a tenant can still be expected to cover, subject to the tenancy agreement. These are costs/charges such as deposits, rent in advance and the below:

Utilities are still costs tenants may need to be paid for, if not covered under the rental charges. Gas, electricity and water are still acceptable charges. However a tenant cannot be charges more than the supplier has billed for

Damages are still acceptable costs to tenants. If there is damage (outside of wear and tear), then a landlord can still look to recoup these costs from the tenant.

What does a tenant do if they’ve been charged incorrectly?

Trading standards at the local council or a letting agent’s redress scheme are the first port of call for any tenants that have been charged a banned fee.

The consequences to a landlord or letting agent can be in the form of fines & compensation.

In extreme/repeat cases, councils can take landlords and letting agents to court, which could result in bans to renting out properties.

Tenant fees for agreements before June 2019

If a tenancy agreement was signed before June 2019, a tenant can still be charged banned referencing, credit or admin fees.

How much you can a tenant be charged?

Letting agents are now by law expected to publicize their fees.

The fees must be visible on the agents website as well as office.

This give agents and landlords the visibility of what charges can be expected (with & without VAT) as well as exactly what the charges cover.

So how has the ban on tenancy fees impacted the rental market?

As of October 2019, the cost of renting a room in the UK is stable, with rents up only 1% compared to the year previous.

Matt Hutchinson, communications director for SpareRoom, says: “Despite repeated warnings that the tenancy fees ban would drive rents up, so far that’s not been the case. Even with July, August and September being the busiest months for new tenancies we haven’t seen a significant bump in rents. It’s still early days but, for now, tenants will be breathing a sigh of relief.”

However there’s still the bigger issue looming over the UK, you may have heard of it… BREXIT.

It is unknown how the political landscape is impacting rental costs. Risk adverse landlords may currently be sitting in waiting to see how the plans unfold.

Rather than rock the boat and increase rents, risking losing tenants who may look elsewhere, doing nothing right now may be the best course of action.

It will be interesting to see when the number of unknowns in the country are resolved, how the UK rental market will be impacted following the tenancy fee bans.

I got the best priced agent in my area with all the services I wanted. Using Rent Round I could see all the local agents in my area after just putting in my postcode.

I got the best agent in my area with all the services I wanted. Using Rent Round I could agent fees, ratings and best of all how far the agent is from my rental property, plus it's free to use!

We won't spam you! Just getting your details ready for the next page showing property manager results